Helping the soldiers and families of the cavalry, present and past 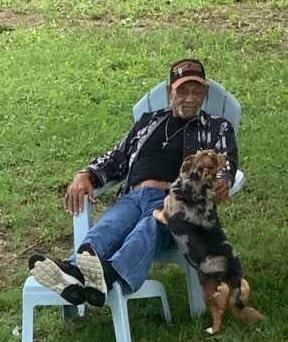 Wesley Wilson served in the 2nd Squadron, 2nd Armored Cavalry Regiment during the late 1980s with the founders of the E.E. Mixon Second Dragoons Foundation.  He was an outstanding non-commissioned officer and the Foundation is pleased to offer its support to SSG Wilson and his family. He sent the following details to the Foundation following our contributions:

Relando Kirk served in the Marines during the Vietnam era and was diagnosed with stage IV lung cancer in November, 2018.  Relando had no support network, so my wife and I offered him a room in our home and with my wife’s background in the medical profession we were able to schedule appointments with the best doctors in the area.   We are glad to report that Relando is now back at his fighting weight of 179 lbs. (after shriveling to under 150 pounds) and the treatments being used on him, in addition to the radiation, have been successful.   When we heard that the 2nd Dragoons Foundation had decided to assist in offsetting some of the costs (medical and prescription co-pays, fuel, special diet items) associated with taking in a veteran we were extremely humbled.   Having served in 2/2 ACR in the 80s, I was aware of the good works that the Foundation was doing and we are beyond thankful that they selected us. Relando Kirk is a quiet and humble man and he would tell you, “The Good Lord and the Wilson family saved me, of that I have no doubt. I was dying when I reached out to them, and am alive because of them.”  Relando’s strong spiritual faith coupled with a warrior spirit has hastened his recovery, and those qualities serve us all on our journey. Godspeed and many thanks to the 2nd Dragoons Foundation.