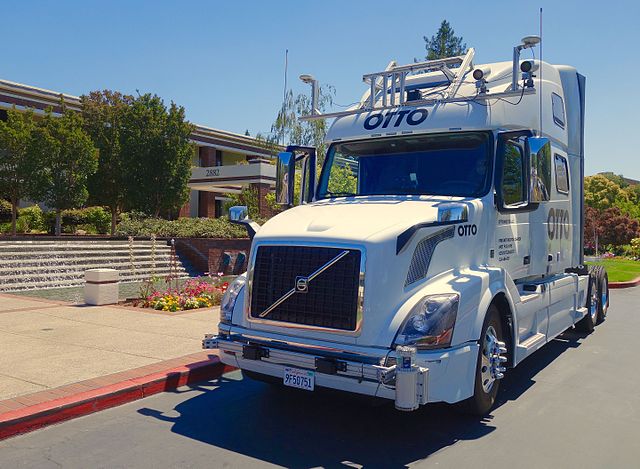 Photo Credit: By Steve Jurvetson [CC BY 2.0], via Wikimedia Commons

Dan Hanson’s comment over at Tyler Cowen’s Marginal Revolution discussion on sel-driving trucks is spot on. In The New Yeoman’s humble opinion, predictions of wide-scale job losses due to automation show a remarkable lack of understanding of the complexities of most human filled jobs, especially those involving “routine operations” which may be one of the greatest misnomers of all time.

For those of you who are rolling their eyes right now, let me clarify that I am not saying automation and autonomous vehicles will not “eat” (seemingly the preferred IT term) parts of many jobs, maybe even the biggest parts. However, I generally find that automation and software engineers, by necessity, have to carve out the parts they cannot deal with initially. Then, like all projects, the communications and the terminology overtake the actual scope of the project. What was seen as a limited-scope project with a long-term objective of replacement becomes the “replacement” project. Of course, that is even before the Tech Hucksters get involved.

Why is Customer Service not totally automated yet?

In one of my fields of customer service, the human component has grown considerably while the industry has been simultaneously introducing self-help features at an exponential rate over the last 15 years. Much like Mr Hanson mentions, customer service departments have many of the advantages of factory environments when considering controlled variables, so it is somewhat of an ideal environment for automation. So, why aren’t we done with customer service automation?

What I am about to mention is a touchy subject. I also see in some autonomous tech advocates a dismissal of the intelligence of routine operators such as truck drivers or taxi drivers. (See the Uber boss videos with randomly met Uber drivers) We have a problem of both sides not understanding the other. The routine operators often see the automators as egg-heads with no common sense and the the automators see the operators as simpletons who were not smart enough to be one of them. The difference is that many operators do not write press releases or tech articles that the press seem so fascinated by. A warehouse that ships goods? Boring. An Amazon warehouse? Where do I sign up for the tour!

Note to automators; the fact that you scoped out a particular feature does not make it go away. In some ways, it is a very real acknowledgement that the people doing the current job are critical to the functioning of the modern world.

Note to operators; embrace the history of automation. The automation will probably make your remaining job more interesting as long as you don’t mind lifelong learning to stay relevant.

Skynet Smiles, Because Skynet is Still a Simpleton

Until a tech solution can take on the whole operational issue in one gulp, the real issue is not whether there are going to be any human jobs, but will the humans have the skills to fill the (voluminous) jobs that remain. We’ve got a long way to go before Skynet takes over, folks.

Entrepreneurship Is the Solution to Higher Education, Not More College

Great points by Zachary Slayback. We are at the tail-end of the system that says that getting a job is always the right thing to do. Our country needs a generation of entrepreneurs and our young people need pragmatic advice.

Why The New Yeoman?

I’m a little late getting around to starting and posting to this blog, The New Yeoman. I’ve been too busy practicing the life rather than writing about it.

I was first inspired to build The New Yeoman by an article in USA Today about Mike Rowe. The specific quote was,

USA Today: You’ve said we need to look at unemployment numbers differently. What do you mean?

I couldn’t believe there was not a follow up. This was a profoundly important point for everyone in the USA (and world-wide for that matter). No one owes anyone a job. People with needs for a specific skill or set of skills create “jobs,” temporary or permanent. Not only may the employers not need, or ever need, the number of “unemployed” people, but there may be a formidable disconnect between skills needed and skills possessed by the “unemployed.” I think we have a mixture of these two issues.

So why do so many “unemployed,” possibly “unemployable” simply wait for a job that may never come? Why not self-employment? There has never been a better time to be self-employed.

At The New Yeoman, I hope to describe the self-employed life and what it looks like in the hopes of encouraging a few more people to self-remove themselves from the “unemployed” line.